I thought our first Dumbleton Days event at the Dumbleton Hall Hotel last year was very good but I feel our second one in November 2019 was even better. Everyone I spoke to said how much they enjoyed it; and that included the staff at the hotel who told me how much they are looking forward to us returning next year. 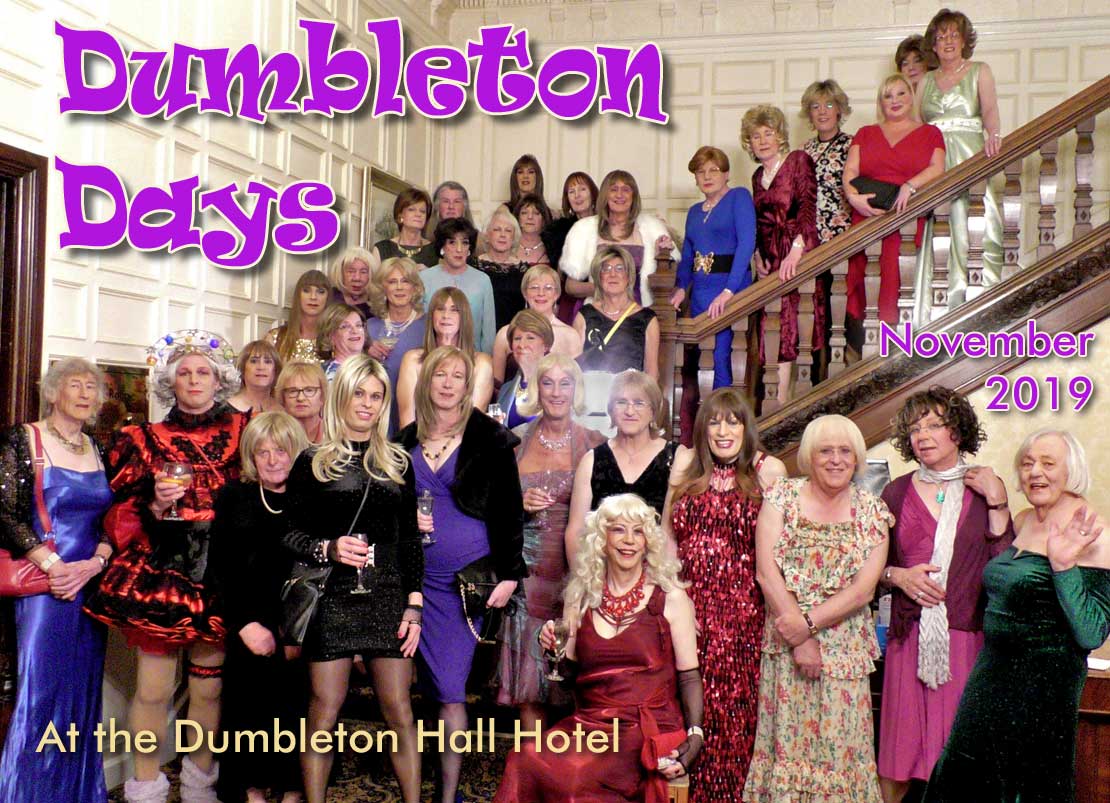 For the two main nights, Monday and Tuesday, at the hotel we had a full house with quite an increase on the number we had last year, partly because we limited the number of single occupancy rooms and also because of an increased demand for places. This all helped to create a very good atmosphere for our event. Because the bookings had gone so well this year, I had the funds available to book a couple of extra performers to entertain us.

The first of these was Devon Mayson who sang for us after dinner on the Sunday evening. She was lovely young singer who lived quite locally to the hotel. She sang most beautifully, performing initially with an Irish harp and then a guitar. About two thirds of our group were present for that first evening.

On Monday morning we had a ‘Treasure Hunt’ which I’d prepared in a different format to the one last year. It was described as “challenging but fun”, though I do apologise for one ill-prepared clue which did lead to some confusion.

But the main theme for the Monday was “Wedding” as the hotel is such a popular venue for weddings (and why we cannot have a weekend event there). Our wedding theme was centred around the renewal of vows for Yasmine and Karen who had a truly wonderful wedding at a Goth Weekend in Whitby in 2015. We had a wedding photo shoot on the terrace outside the hotel in the afternoon and the ceremony itself was held just before dinner in the evening. Our DJ, Neil, just happens to be also a Reverend!

Then, just after dinner, we had our second ‘additional’ performer, Titine La Voix, sing for us. There was a technical issue which meant she had to hastily move her set-up from the dining hall to the lounge, but that was probably for the best and she gave a very much appreciated performance for us. Everyone told me how great they thought she was. I think we will definitely try to get both Devon and Titine to come back for us again next June.

I was a bit worried that as everyone had migrated to the lounge, our DJ would have an empty dance floor for the rest of the evening, but I need not have worried as every time I looked, the floor was busy right up to the end.

Tuesday was the day for the trade stands. We had wigs, boots, jewellery, hats, bags and other accessories plus makeovers from Gill Springgay. They set up whilst we were having breakfast and they all seemed to have had a very successful day. The only disappointment was that M&Co could not be with us this year. Previously they had brought along their fashions and put on a fashion show for us with some of us being the models. I only got to find out they were unable to come this time a few days before the event, too late to find an alternative fashion store (Maxine and I did try very hard!).

We also had Trans Radio UK broadcasting through Tuesday including a live session actually broadcast from the hotel. Trans Radio UK is a radio station (chiefly on the internet) run by and for the trans community. It was presented by Sophie Parish assisted by Ruth and Lydia who are presenters for the radio station.

In the afternoon Sophie also gave a talk on cross-dressing survival tactics. This was followed by a deportment and feminine styling workshop by Kitty Ribbons, whose similar workshop last year was very well received. Kitty is a professional burlesque artist and she gave us a couple of splendid performances between courses during dinner. Then following dinner Elaine and Elina entertained us whilst the contestants got ready for the Miss Rose 2019 Parade later in the evening.

And the winner of the Miss Rose 2019 title was Nina Jay, with Sara as runner up and Yasmine the winner of the Best Costume prize with her amazing outfit. I presented the prizes wearing my Miss Transliving International 2019 sash that I won at the Transliving event in Eastbourne earlier in the year.

Some of our guests left the following morning and some of us who stayed on for the Wednesday drove to the very picturesque village of Bourton upon the Water just 16 miles away. We visited the Cotswolds Motoring Museum, had a superb lunch at the next door café, and had a fascinating look at the Model Village of the village itself. Fortunately it was a quiet relaxing evening back at the hotel and I went to bed early as I was exhausted after a very busy but most enjoyable few Dumbleton Days.

The rain had held off most of those days but the heavens opened on the Thursday that we left. Several roads in the area and throughout the midlands were flooded and I had to drive through a few of them on our way home. The floods in Evesham even dominated the national news that day!

But next year we have chosen to have our next Dumbleton Days in June so that we can better appreciate the beautiful grounds at the hotel. Please see here. for full details and a booking form.

More photos of this year’s event are here.