The Sparkle event in Manchester’s ‘village’ is claimed to be the world’s largest celebration of gender identity. It was the 14th annual Sparkle event and I’ve been to every one. This year I went with my friends, Maxine and Rachel: for Maxine it was her first time and for Rachel it was her third year. 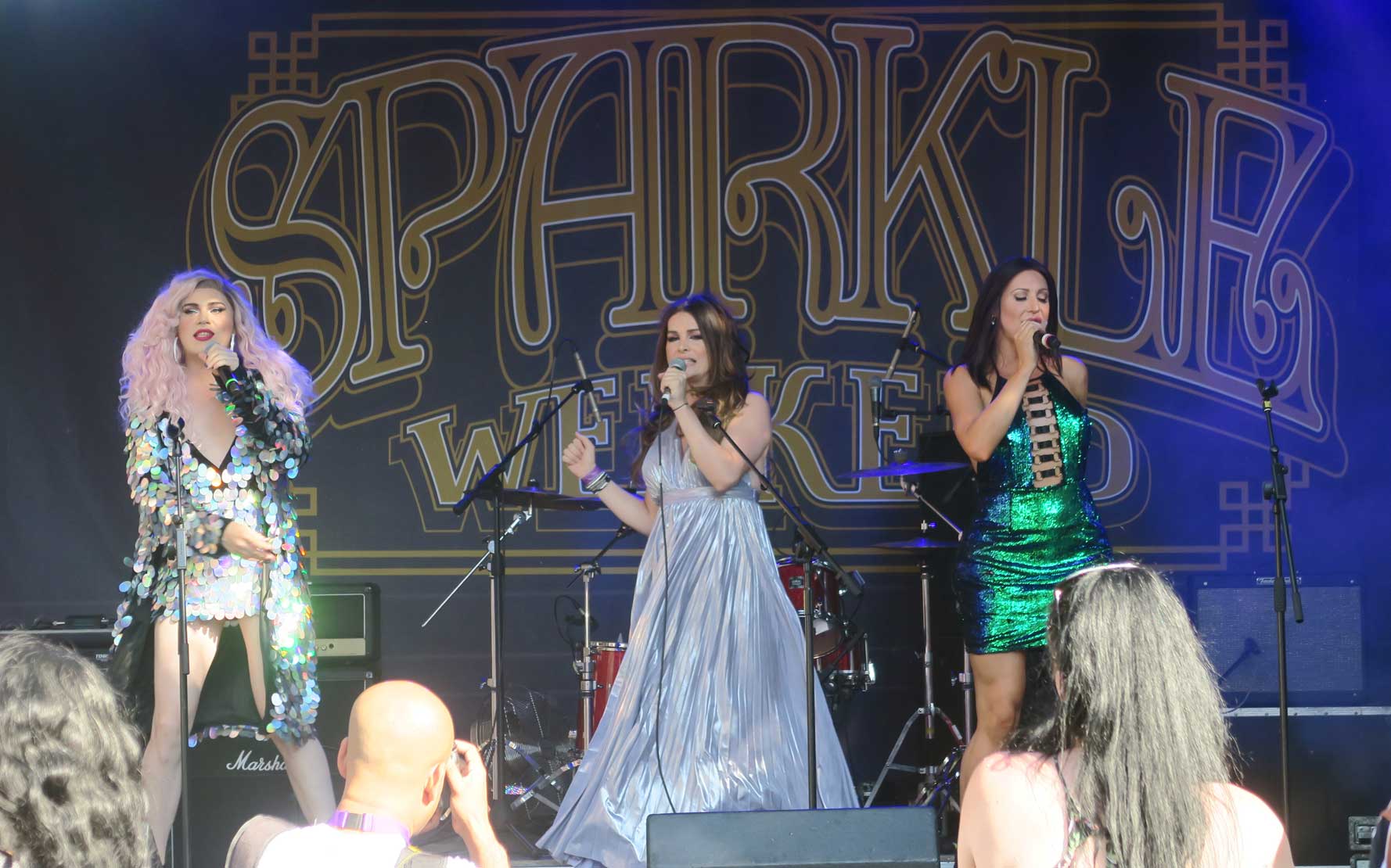 It was non-stop sunshine and hot, perhaps too hot, but there was plenty of shade in the park and Canal Street with a pleasant breeze to prevent it becoming too unbearable. I don’t think it was as busy as previous years (apparently 15,000 visitors claimed for last year) and several people told me they thought the early Sparkle years were the best but the whole event was most enjoyable none the less. For me it was a much more relaxed experience as for the first year I was not promoting Repartee magazine, though we did manage to interest a number of people in the last few places for our Dumbleton Days event in October. It was good to meet up with many old friends and I’m sorry I was unable to remember some of those who said hello to me. It was particularly good to see Deb and Bella (ex Repartee editor) enjoying t-girl life again post Repartee. There's a nice pic of them below along with several others taken over the weekend.